Boltight bolt tensioners are used to secure bolt connections (nuts and bolts) on rack. Doing that achieves the best tensioning of those compounds. The precision of bolt connections, for example in critical parts such as compressor lids, turbines and flange joints determines the functioning and reliability of the whole. Bolt tensioners prevent damage and unnecessary loss of time.

What kind of Boltight bolt tensioners does Laco have in store for you?

Topside bolt tensioners
Bolt tensioning cylinders that are used for different applications with a polyurethane seal (instead of nitrile rubber) which adapts to the housing of the plunger for a higher reliability and longer lifespan. The Boltight CTST topside program includes six bolt cylinders ranging from ¾ “to 4” (M16 to M100).

Wind turbine bolt tensioners
Specifically for the use on bolts of windmills and wind turbines, Boltight produces WTB (Wind Turbine Bolted applications) and WTF (Wind Turbine Foundation) bolt tensioners, respectively, for the links in the upper part of the windmill (bearings, frame, confirmation of rotor blades) and the foot, especially where the precision of several bolt tensioners used simultaneously determines the reliability of the compounds.

Custom made bolt tensioners
Because bolt connections come in a variety of applications that are so different from each other, there are also many types of bolt tensioners. However, even if you can’t find the right bolt tensioner, Boltight can manufacture a bolt tensioner specifically for your application. You can contact Laco about this. 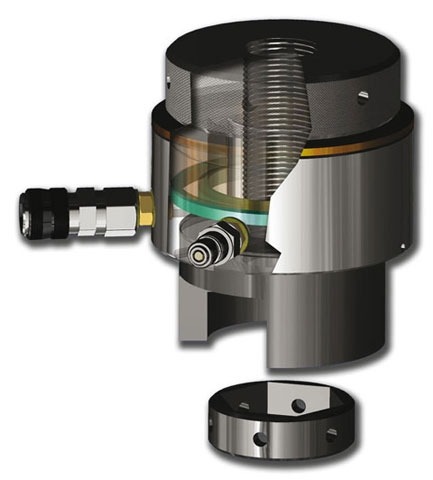