Torque tools should work within reasonably strict tolerances. In the event that the variance is too big, this will result in a less reliable or vulnerable bolted connection. That is why torque wrenches and torque multipliers should be tested regularly for their precision. You can have someone else do this, but it is pricy and time-consuming. A good alternative is purchasing your own measuring and reading instruments, which will not only be cheaper in the long run, it will also save you time. Renting tools is also a possibility.

If you purchase Norbar (torque) measuring and reading devices, you will have the best calibrated torque tools available. Norbar offers a comprehensive range of testing devices; each individual torque tool can be calibrated.

You can purchase or hire Norbar measuring and reading instruments at Laco.

Which reading device is the best one for the tools you want to test and calibrate? If you have questions about Norbar reading devices and on how you can use these as effectively as possible, please contact Laco. At Laco you can find specialists, who will help you make the right choice and who can give you advice on how to use the devices and what their possibilities are. At Laco you will not only find specialised reading devices, you will also get a professional advice and excellent service.

Which types of Norbar reading instruments can you find at Laco

TruCheck – The Norbar TruCheck can be used by everyone to check torque wrenches on a daily basis, even people who do not know anything about calibrating.  The unit has a display showing the torque and only one button to zero the TruCheck (resetting). There are two versions, one for tools with a capacity of 10 to 350 Nm, and one for tools with a capacity of 100 to 1000 Nm. There is a version with greater functionality called TruCheck Plus, which is more suitable for more types of tools and equipped with a serial data output. The Plus version also has a feature to set the maximum target torque and tolerance and the instrument will calculate whether the reading is within tolerance.

Pro-Test – The Professional Tool Tester is an all-round Norbar reading device, which is used in manufacturing and workshop environments all over the world. The user can simply select the desired torque and the allowed tolerance, after which the Pro-Test can read all sorts of data, also those of previous measurements. The Norbar Pro-Test data output is an extremely practical and time-saving instrument. The Norbar Pro-Test comes in three models for the following capacities: 1.2 to 60 Nm, 8 to 400 Nm and 30 to 1500 Nm.

TST – The Norbar Torque Screwdriver Tester is a testing tool for pneumatic and electric screwdrivers with a low capacity.  The TST works very precise and is naturally calibrated.  A practical feature of the TST is that it can handle various external transducers, also those of other brands. This reading device can be used by various users simultaneously (each with their own password). The TST also has a data output. The three versions can be supplied with internal transducers for capacities from 0.04 to 2 Nm, 0.5 to 10 Nm and 1.25 to 25 Nm.

TTT – The Norbar Torque Tool Tester can do everything the TST can, but does not have a built-in transducer. The TTT works with three external transducers that are simultaneously connected (irrespective of the brand), between which you can switch to obtain the right testing values. The TTT also has a memory for 20 transducers, which enables this instrument to process many testing data within a short period of time.

T-box – The T-box, when combined with the Torque Data Management System software, is a complete handheld testing station, a reading device that also controls. The T-box can be used to test both handheld tools as well as power tools. Also works on batteries. Four ports for external transducers, between which you can switch. Enables checking of bolted connections at a preset point in time, possibly with angular deviation. The T-box leads you through all steps of the calibration process. T-Box features a USB interface and RS 232 data output. 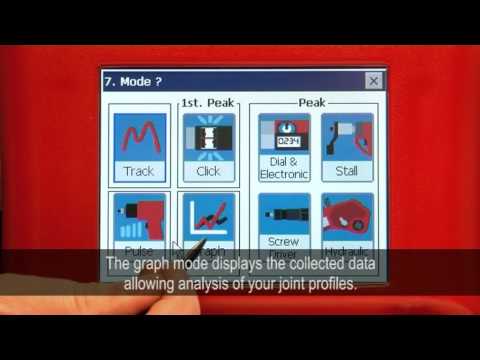 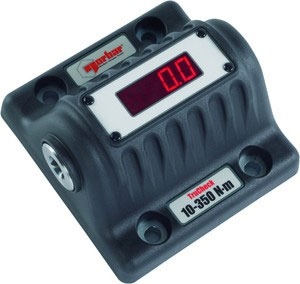